The drive from eastern Kentucky took 2 ½ hours, but for Kayla, a nurse practitioner who was suffering from trigeminal neuralgia, the trip was worth every minute of her time. In Yair Gozal, MD, PhD, she found a neurosurgeon who understood her plight and would help her escape the excruciating pain of a condition that has sometimes been called the "suicide disease."

Kayla felt her first stab of trigeminal neuralgia in the spring of 2019 while working her shift in a hospital emergency department. She developed a bad toothache that sent pain up the right side of her jaw to her forehead. She took an over-the-counter pain medication, but the sensations persisted. When the pain was still with her three days later, she thought she knew what was wrong.

"I had a good guess, because I thought, OK, it's not going away with the normal pain relievers. It was excruciating. I felt it in my upper molars. And I thought, wow, I've never really had toothaches, what's going on here? When I went to my family doctor, I said this is what I'm afraid is going on. And when he touched my face in a couple of spots -- and when that made it 10 times worse -- he said, 'Absolutely, that's what this is.'"

Trigeminal neuralgia involves injury or damage to the trigeminal nerve, which supplies feeling and some movement to the face. In Kayla's case, two of the nerve's three branches were involved: the ophthalmic division, which provides sensation to the forehead and eye, and the maxillary division, which provides sensation to the cheek, upper lip, and roof of the mouth.

Kayla's doctor ordered an MRI, which ruled out a tumor or multiple sclerosis as the source of the trouble. Over the next several months, he prescribed various medications, none of which helped. During this time, Kayla continued working as a nurse practitioner but struggled with chronic discomfort punctuated by searing shocks through her face.

"It felt like you were electrocuting me while pulling my teeth without numbing them, and burning my face, all at the same time," she says. "I've experienced broken bones and birth and big surgeries, but this was by far the worst. Trigeminal neuralgia changed my life: It took my life away from me; it took it away from my husband and my children. I've never experienced pain that was this severe."

Anything that touched her face, such as a cold breeze, brought such sudden unbearable pain that, on more than one occasion, she passed out. Once, while out fishing with her husband and young daughter, the temperature dropped and the wind began to kick up. "This was when I was kind of new to trigeminal neuralgia," Kayla recalls. "The wind caught me in the face three times before I could get back to our vehicle. I remember my husband driving a couple of miles down the road, and then I remember waking up and being confused, and he was scared to death and my little one was crying. I had no idea what had happened. It was rough. It was really hard for me."

A referral to Mayfield and Dr. Gozal

Eventually, a neurologist referred Kayla to Mayfield Brain & Spine in Cincinnati. Kayla and her husband met Dr. Gozal in the late summer of 2019 and liked and trusted him immediately. "He listened to us when we first saw him, which we felt hadn't been done so far," Kayla says. "We felt like everyone else before him thought, 'Well, it's trigeminal neuralgia. You're just going to hurt.'"

Dr. Gozal changed Kayla's medication in the hope that she might still avoid surgery. When the shocks persisted – and with winter weather approaching – he, Kayla, and Kayla's husband agreed that it was time to discuss procedures.

"As a nurse practitioner, I knew I was failing every medicine we had tried," Kayla says.

"Kayla was an optimal candidate for an MVD," Dr. Gozal says. "Her MRI revealed blood vessels that were close to the trigeminal nerve, and I was confident that in this situation an MVD would be a better option than radiation. Kayla was young and strong, and she could tolerate an open surgery. In addition, an MVD offered the best chance of preserving function of the trigeminal nerve."

During surgery at The Jewish Hospital – Mercy Health, Dr. Gozal accessed the trigeminal nerve through a one-inch opening in Kayla's skull behind her right ear. With the trigeminal nerve exposed, he lifted up a large artery that was positioned across it and gently placed a Teflon sponge between the artery and the nerve.

"I've been pain-free ever since," says Kayla, who spent two nights in the hospital, one of them in the intensive care unit. "I woke up not hurting, and it was fantastic."

Looking back, Kayla says that family support is critical to coping with and undergoing treatment for trigeminal neuralgia.

"There were a lot of things that trigeminal neuralgia took away from me, but the support I had from my husband and family helped me cope. My husband could tell if I was hurting. I didn't have to say it. He already knew. He'd bring me a hot bag to put on my face. He took care of anything that our children needed so that I could rest, knowing that I wasn't able to make it stop. I'd just have to wait it out.

"My husband hadn't been able to touch the right side of my face or my hair since it started. He couldn't kiss me on my right cheek for months and months. After my surgery, he was finally able to. And he was super happy, because he had gotten me back. And my two daughters, they got their mom back because of the MVD. I can now go outdoors in confidence with them and know that even if it does get cold outside, it's OK. I can still go and do things with them when I want to or if they need me to because I don't have to worry about it anymore."

Hope Story Disclaimer -"Kayla's story" is about one patient's health-care experience. Please bear in mind that because every patient is unique, individual patients may respond to treatment in different ways. Results are influenced by many factors and may vary from patient to patient.

"I knew what it was, but no one believed in me or treated me with the same kindness that Dr. Gozal did. He's been amazing for me and my husband. He understood what was going on, and he knew how to fix it." ~ Kayla 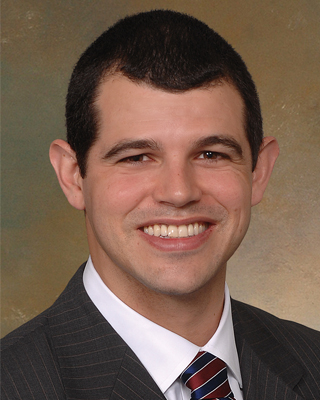