If the Memorial Day weekend has arrived, "trauma season" has arrived as well. Trauma season is a period of months when good times and good weather usher in an increase in severe, life-altering injuries. While rarely caused intentionally, these injuries can seldom be confused with accidents. Though a few occur because of sheer bad luck, most of these devastating injuries are caused by reckless or unthinking behavior. The ThinkFirst National Injury Prevention Foundation, which was founded in 1986, reports that each year an estimated 1.7 million Americans sustain brain injuries and thousands more sustain spinal cord injuries. Motor vehicle crashes, falls, sports, diving, and violence are the most likely causes. Such injuries have profound human and financial costs. According to ThinkFirst, less than 1 percent of spinal cord injury victims ever recover, while the lifetime medical expenses for a person paralyzed from the neck down at age 25 can exceed $2 million.

A: Trauma season generally refers to the period starting with Memorial Day and ending around Labor Day. You know, the season when the weather turns nice, the daylight lasts longer, and everyone's thoughts turn to fun and frolic ... But not to safety. Risk-taking behavior increases, i.e., behavior related to parties, motorcycles, joyrides in cars, swimming and diving.

Q: What kinds of preventable trauma do you typically see during warm-weather months?

Q: What characteristics, if any, do these trauma patients have in common?

A: Warm-weather traumatic injuries can and do occur to all types of people; there are no societal or economic boundaries to this problem. That being said, during trauma season we do see more adolescents and young adults involved, probably because they are more likely to be fun-seekers and risk-takers. Also – and they do not like to hear this – members of that age group do not have the mature judgment that comes with more life experiences. The ThinkFirst Foundation reports, for example, that the highest per-capita rates of spinal cord injury are between the ages of 16 and 30. Of course, that does not mean that all older people have good judgment. We see them in the emergency rooms as well. Another common denominator is alcohol and drug use. These are part of our society's concept of "having fun." There is no doubt, however, that alcohol and drug use decrease inhibition and cloud judgment. The smell of alcohol on the breath and the glazed eyes of "the high" are common in the ER.

Q: Can you describe one of the most poignant examples of preventable neurological trauma that you have seen? How might that event have been prevented?

A: I cannot limit this to one specific patient because I have seen too many young people suffer this particular consequence. It is the young person who is at a pool party or lake party who is intoxicated and dives into the water, not knowing or caring about the depth of the water or what is in the water. The person hits the top of his or her head on a hard object -- the bottom of the pool, a rock in the lake – which snaps the neck and crushes the spinal cord. The individual is paralyzed from the neck down for the rest of his or her life. This happens to too many people.

Q: What is the most important development in the treatment of neurotrauma that you have seen during your career?

A: There are two that come to mind. The first is the evolution of expert pre-hospital care and resuscitation of the trauma victim in the field. This involves (1) the appropriate handling of the airway and the patient's breathing in such a way that secondary brain injury caused when no blood or oxygen reaches the already injured brain is reduced; and (2) the proper handling and transport of a patient with a spinal injury in a way that immobilizes the spine, thus preventing the spinal cord from being injured during transport. Proper transport also can prevent an existing cord injury from becoming worse, or perhaps irreversible.

The second important development is the aggressive management of increased intracranial pressure in patients with severe head injuries. Direct measurements of intracranial pressure allow treatment to be instituted early. This early treatment can keep an injured brain from getting worse and can allow the brain to heal and recover.

Q: Is there any type of preventable neurotrauma that has decreased during your career?

A: The incidence of irreversible spinal cord injury has decreased compared to injuries from which it is possible to recover. This is again the result of improved stabilization techniques in transport performed by the pre-hospital caregivers (EMTs, paramedics). This has been a major strategic effort on the part of the American College of Surgeons Committee on Trauma over the past three decades in their Advanced Trauma Life Support courses.

Q: If you could share one safety tip with parents and/or young people, what would it be?

2) To kids: When you are in a situation and about to embark on a risky behavior of some kind (e.g., getting in a car with a drunk driver, diving into unfamiliar water) and you get a "gut feeling" that this is not right, stop, listen to your gut, and Think First about what you are doing.

Q: If you could share one safety tip designed to reduce the risk of neurotrauma during sports or recreation, what would it be?

A: When playing sports, play by the rules and the techniques taught to you by your coaches, and use the proper safety equipment.

Q: Is there anything else you would like to add?

A: Businesses, schools, parents, insurances companies, and the medical profession should support, as much as they can, educational efforts to teach our children and young adults to be safe. 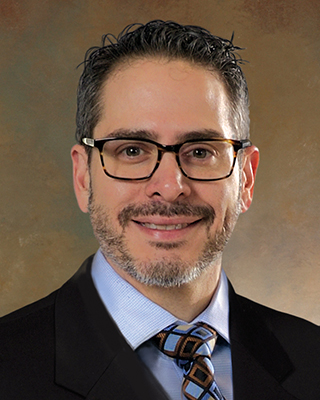 Dr. Brad Curt is a neurosurgeon with Mayfield Brain & Spine.

Related: Shallow-water diving can lead to devastating injuries; When diving, make sure the water is deep!