"I don't know a whole lot about what happened," Barry says, reflecting. "The key to it all was the rapid response. They were Johnny-on-the-spot. They got me in the hospital, got me into surgery, in and out. Everything went fast. It saved a lot of heartache. It's still hard for me to believe it happened."

Barry was at the Mayfield Spine Surgery Center because Martha, his wife of 50-plus years and the mother of their 9 children, was having an epidural steroid injection for severe stenosis in her lower back. Barry, whom Martha describes as "always solicitous and helpful," drove her to her appointment and helped her out of the car. He then parked the car, entered the surgery center, and took a seat in the waiting room.

After Marc Orlando, MD, performed the injection, Martha spent about 20 minutes resting. When she was cleared to go home, Barry went out to the parking lot to get the car. That's when things got interesting.

Martha left the building to find Barry in his car in the parking lot, but not anywhere near the Spine Surgery Center's front door. Martha thought it was odd that he hadn't driven up closer, but she went ahead and walked to the car and got in. "I hadn't shut the door yet, and he was pulling on the gear shift," Martha says. "All I could think was that we were having transmission problems."

It didn't take Martha long to realize that it was Barry who was having problems. Still struggling with the gear shift and muttering, "I've got to get you home," Barry bumped into a concrete planter. At the same time, Martha began trying to bat his hands away from the gears.

A woman standing at the end of the drive into the parking lot called 9-1-1, and another alert bystander opened the car door on Barry's side, calming and distracting him. Someone alerted staff inside the Spine Surgery Center, and several nurses came running. First responders arrived soon after and asked, "Sir, can you move your left side?"

"That's when I first realized he was having a stroke," Martha says. "It took them a while to get him out of the car."

With Martha and Barry traveling by ambulance to The Jewish Hospital-Mercy Health, their daughter Ellen "activated the family hotline."

At the hospital, scans showed that Barry had suffered a major blockage of the right middle cerebral artery, which is the major artery providing blood flow to the right side of the brain.

Barry, in an exam room, hadn't lost his sense of humor. When he grew tired of telling people his name for the umpteenth time, he responded that he was ZaSu Pitts (an American actress and silent film star) or Philip de Barry (of Cambro-Norman origins) – names drawn, perhaps, from his love of crossword puzzles and a habit of reading a book a day.

Barry was taken back into surgery, and Craig Kilburg, MD, a Mayfield neurovascular specialist, carefully opened up the blocked artery. Over a period of a few hours, Dr. Kilburg performed the endovascular (in-the-artery) procedure, threading a catheter up through Barry's body to his brain, where the clot that was blocking the artery was removed using a combination of suction and a retrievable stent.

Barry's family was prepared for the worst. But when they were allowed to visit him, he proved them wrong by reaching up with his left hand to scratch his chin.

"I was never so happy to see that," Ellen says. "It's a wonderful case study in why you need quick action. Timing matters for stroke."

"They did a nice job, and old Kilburg, he got in there quick and saved me from a lot of heartache," Barry says. "I told him it takes a lot of self-confidence to do that. The next morning when the docs came up to check on me, I was up working crossword puzzles, and they shook their head."

Barry recovered so quickly that he was excused from physical therapy and occupational therapy. He was back at church the next week as if nothing had happened, and he began calling the day of his stroke his "re-birthday."

The good news extends to Martha, who had been so disabled previously that she was using a cane and a walker. The epidural steroid injection has left her "much, much improved," she says. "I can move my legs so much better."

The only change in Barry, his family agrees, is that he has been unusually mellow. "He's been so agreeable to everybody," observes his daughter Maura. Says Barry: "When you're faced with your own mortality, it's kind of a wake-up call. When I get up in the morning I check the death notices. If I'm not in there, I find something to do."

Hope Story Disclaimer -"Martha's story" is about one patient's health-care experience. Please bear in mind that because every patient is unique, individual patients may respond to treatment in different ways. Results are influenced by many factors and may vary from patient to patient.

"It's a wonderful case study in why you need quick action, and it felt like such an answer to our prayers. They weren't on the highway. The damage to the vehicle was minor. They were right there at the Mayfield Clinic. And Dr. Kilburg was able to do the surgery." ~ Ellen, Barry's daughter 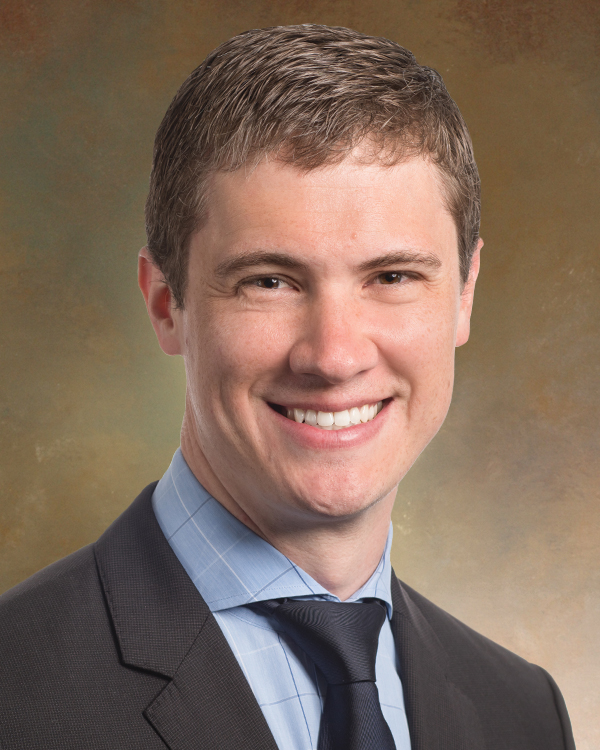 What is a stroke?