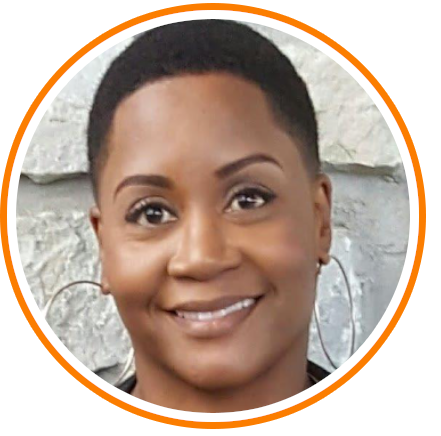 Fear of the OR

For La Kishia, the road to spine surgery was paved with pain, rear-end car accidents, and fear.

Three times her car was rammed from behind, the first time when she was 21, the last (and worst) when she was in her early 40s and stopped at a red light. Over the years, the pain built. "I had therapy, I had injections," La Kishia reflects. "I have a bed that I spent $4,000 on. I had special shoes, medicine. I did everything to minimize the pain I felt."

On June 13, 2017 - the date sticks in her memory - La Kishia was at work when a simple movement caused a bolt of pain to shoot down from her lower back through her leg. It was enough to leave her gasping. "I told myself, that's it," La Kishia says. "Today is the day I take charge. I'm tired of living like this."

La Kishia, who works as a trainer for an insurance company, had been treated with epidural steroid injections by Donald Carruthers, MD, a PM&R specialist, at Mayfield Brain & Spine. Now, it was time to discuss "next steps," with Michael Kachmann, MD, a Mayfield neurosurgeon.

The next step was surgery at the Mayfield Spine Surgery Center, where Dr. Kachmann would remove a large portion of disc that was protruding from La Kishia's L5-S1 disc space and was pressing on her spinal nerves.

The day came, and La Kishia was ready. And then, suddenly, she was not.

Upon being rolled into the operating room, she felt a wave of panic. Immediately, Dr. Kachmann and his team were at her side, reassuring her.

"The staff was amazing," La Kishia says. "Amy, one of the nurses, said, 'Are you nervous?' I said, 'Not until now.' She said to me, 'Even though I do this every day, this is your first time. You're going to do great.' That put a calm over me. They talked to me. Even though I was nervous, their attitudes and calmness made it a lot easier. I get emotional just thinking about it."

Dr. Kachmann placed a reassuring hand on her shoulder. "I don't treat x-rays," he reminded her with a smile. "I treat people. We're all going to take care of you."

"That gave me a calm as well," La Kishia says. "He was familiar with the process I was going through, and that reassured me that I was making the right decision."

La Kishia's surgery came off without a hitch, and she went home that day. She had a recurrence of significant pain a few days after surgery, but a steroid prescription facilitated by "the fabulous Amy" reduced the inflammation, and the pain subsided.

La Kishia says her quality of life has improved dramatically. "I feel motivated, whereas before I just wanted to stay around my house. I have more energy and don't feel so nervous about being out, thinking, 'What if I fall? What if this happens? What if that happens?' I don't have that concern anymore."

She advises other patients who are surgical candidates not to postpone their care. "Looking back, if I knew then what I know now, I would have had the surgery done 10 years ago. If you're in constant pain, the faster you get rid of or minimize that pain, the better the life you have. People may think, what if doesn't work? Well, what if it does work? If it does work, you're in a better place; if it doesn't, you already know what it means to live in pain."

Hope Story Disclaimer -"La Kishia's Story" is about one patient's health-care experience. Please bear in mind that because every patient is unique, individual patients may respond to treatment in different ways. Results are influenced by many factors and may vary from patient to patient.


"The staff was amazing. Amy, one of the nurses, said, 'Are you nervous?' I said, 'Not until now.' She said to me, 'Even though I do this every day, this is your first time. You're going to do great.' That put a calm over me."
~ La Kishia

Learn more about the antomy of the human spine