When Jane Pirman was in high school her boyfriend would tell her, "You walk down the hall, and your legs walk behind you." It was a creative description of what happens when significant lordosis – a condition where the spine sways inward at the lower back – is paired with an imperfect spatial alignment of the pelvis. In short, Jane had a hard-wired spinal deformity that kept her from maintaining an erect posture.

A flawed spinal alignment didn't stop Jane from living a busy life, however. She went on to become a wife, a mother, and a municipal income tax administrator who took more than a thousand non-tax-paying citizens to court. "My cases were easy," Jane recalls. "They're all guilty. Either they paid or they didn't pay." Jane, who imposed ethical behavior with a gentle hand, was sufficiently popular that she later entered political life, winning election as a Columbia Township trustee in eastern Hamilton County.

Following her retirement, Jane began working with special needs children, welcomed four grandchildren into her life, and acquired therapy dog certification for "Betty," a 140-pound black mouth cur, a muscular but gentle member of a breed originally trained to hunt hogs in the south.

Along the way, Jane's back caught up with her. She had her first surgery in 1999, then two more. Screws placed in one of the surgeries failed, and a 5-level fusion left her bent forward at the waist and in increasing pain.

Her luck turned in August 2017 when she arrived at the office of Zachary Tempel, MD, a neurosurgeon and specialist in complex spine procedures for Mayfield Brain & Spine. "I really need help," she told him. "I've got a big dog. I'm a 40-year–old mind in this ancient, 70-year-old body. I'm too slow, and I have to be able to do things."

Jane complained of stiffness and numbness in her arms, presumably from a pinched nerve in her neck. Dr. Tempel sat down with her and said they needed to talk. "I could probably operate on your neck at C 4-5 and get a little improvement," he said. "But it's not black and white, and I don't like to do surgery unless I can guarantee results. But I can fix the middle of your back for you. It's off by 10 to 12 degrees. I can straighten your back."

Shocked and impressed, Jane took the recommendation under advisement. "I was still not convinced I wanted someone to open me up again," she says.

A distracted driver helped her make the decision. Stopped in traffic on I-275, Jane was hit by a vehicle that never braked. "There was no blood and guts, but I was in unbearable pain almost instantly," she recalls. "I had sworn I'd never have another doctor touch my spine, because I had not had good results. But this wreck put me over the edge."

New treatment for a complex deformity

Dr. Tempel was able to help Jane where others could not because he understood the global nature of her spinal deformity. He understood how her lordosis was affected by the relationship of her spine to her pelvis, known as pelvic incidence.

"With Jane, lordosis is only half the equation," Dr. Tempel says. "Lordosis by itself is somewhat meaningless; it all depends on the pelvic incidence, which is a fixed number. Jane always had significant lordosis, but the telling story here is that she has an incredibly high pelvic incidence of 83 degrees. Her lordosis, which is substantial for most people, was approximately 59 degrees. The lordosis and pelvic incidence need to be within 10 degrees to maintain erect posture."

Jane's previous surgeries failed because the relationship between her spine and pelvis went unexamined, Dr. Tempel says. "It's an extremely common mistake among spine surgeons not trained in deformity. As a result, she developed adjacent-level disease above her fusion."

In early September, Dr. Tempel removed the old hardware in Jane's spine from L2 to S1 and replaced it. He then did an osteotomy – the careful cutting of bone -- at L1-2 and a full decompression.

Finally, in a procedure he learned at the University of Pittsburgh Medical Center, Dr. Tempel became the first in the Cincinnati region to remove an entire disc (at L1-2) and replace it with a 15 lordotic boomerang cage. Using computer-assisted rod contouring -- also a first in the region -- and manual manipulation, Dr. Tempel pushed the torso back and induced additional lordosis to 74 degrees, thereby matching Jane's pelvic incidence and releasing pressure on the nerve roots.

To hear Jane describe it, her "fantastic recovery" progressed at lightning speed. "He did the surgery on a Thursday. I woke up and was able to talk. I group-texted friends to say I had lived.

He sent me home on Monday. To walk out of surgery and feel human was amazing. By Friday I no longer needed the narcotic pain killer he gave me. By the eighth day, I was taking no pain pills. Zip. By Monday I was driving, with no brace.

Jane with her therapy dog, Betty

"My back is so healthy I can rassle her anywhere," Jane says, referring to her 140-pound therapy dog, "Betty."

"I'm still short, but he has me standing up straight," Jane continues. "He cut me all the way open and took all the metal out. He removed a synovial cyst and a bulging disc, and I don't hurt at all. My scar is a pink straight line. It's shocking how wonderful he is."

Jane was able to resume working out at her gym seven weeks later, while limiting the weights on strength-training machines to 20 pounds. Her quick recovery, Dr. Tempel notes, was aided by her fitness level going into surgery and her status as a non-smoker.

Three months post-surgery, Jane was volunteering again with her therapy dog, secure in the knowledge that if the dog saw a squirrel and tried to take off, she would be able control her. "My back is so healthy I can rassle her anywhere," she says. Jane was also back to being the energetic grandma who could walk long distances at the mall or Festival of Lights.

At her 6-week follow-up appointment, in a time-honored gesture of thanks, Jane rewarded Dr. Tempel with $40 worth of Donna's Gourmet Cookies, about $4 worth for every degree of straightening in her back.

Hope Story Disclaimer -"Jane's Story" is about one patient's health-care experience. Please bear in mind that because every patient is unique, individual patients may respond to treatment in different ways. Results are influenced by many factors and may vary from patient to patient.


"Dr. Tempel changed my life, seriously. You want to get out and do things and help, and then your body is saying you can't do it, you can't do it. I was miserable. He fixed that."
~ Jane 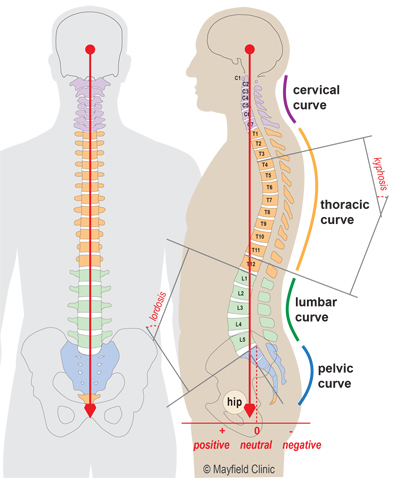 Jane with her neurosurgeon, Dr. Zach Tempel, at a follow-up appointment