Bill, a retired engineer who now works for a grocery chain, has walked in 1,450 competitions, including 380 marathons and ultra-marathons. He is featured in the book, 'A World Gone Mad for Marathons', by Sam Korsmoe.

Initial injury: It wasn't pain that took me to spine surgery. I was a frequent marathoner who has walked more than 1,400 marathons, ultra-marathons, and other races. I'm in the top 100 marathoners in North America by race count. In 2014 I knew my artificial knee was wearing out and I felt the other knee wearing out also. At the time, I could walk a marathon in 6 hours to 6 hours, 15 minutes. I was also doing a number of ultra-marathons, anything from 30 miles up. I was doing 15 to 25 marathons and ultras a year. That fall I had a knee replacement and a revision of my first knee replacement.

I was able to return to marathoning three months later, in 2015, but something was wrong. I was half an hour slower, more like 6:30 to 6:45, and I didn't improve. I told my friends, "Something's wrong, and it isn't the knees. Something isn't working right." I was generally getting slower in 2015, and the same was true in shorter races also. By 2016 my marathon times were pushing 7 hours. I did the Flying Pig in May, and when I finished – in almost 7½ hours, while leaning to one side -- they wanted to take me to First Aid. I told them I was fine, fully hydrated. I went from the finish line to my car, rolled down the windows, and took a nap. I was totally exhausted.

A few weeks later I tried another marathon and dropped out at the half. I was almost 4 hours at the half. I said something's wrong, but I don't know what it is. By 2017 my legs weren't working as well. I did a few 5K races, and whereas I used to do them in 30 to 35 minutes, I was struggling to finish in less than 45 minutes. Then I started having cramping on the outside of my right calf. As I continued walking, it would move up and become a pain in the hip. I could stretch it out, but it would come back.

Turning point: In late 2017 I went to a well-advertised national spine institute, where I was told that I had stenosis in my lower back at L3-4. I had a minimally invasive decompression surgery in January 2019 and went through the recovery and started racing again. There was no change. If anything, it was worse. I was slower. I was also getting to the point where if I turned too fast, I could almost fall down. It wasn't vertigo; my legs just wouldn't work. Then, during a routine checkup, my family physician said I probably needed more back surgery. That's when I contacted Mayfield Brain & Spine and was put in touch with Dr. Tempel.

Treatment: There was a lot of preparation because most of my spine was involved. They ordered MRI scans, and when they did x-rays they had to do two, because they couldn't get the whole spine in a single x-ray. Finally, after all the preparation, I was scheduled for surgery. I told Dr. Tempel that I didn't want any opiates. I never smoked, drank to any excess. I never did any recreational drugs. And he looked at me and said "We'll see."

I had two surgeries. The first one on Dec. 20, 2019, involved minimally invasive techniques, going from the front, with a vascular surgeon, and then the side. Then Dr. Tempel went in under the navel and then the flank and removed the diseased discs and placed grafts in between my vertebrae from L2 to S1 to rebuild the spine. When I got up and walked the day of the first surgery, I could feel the difference. I could feel that I had better control in my right foot. Then three days later, Dr. Tempel and Dr. Kachmann finished straightening the scoliosis. They literally cut me from the waist to about the mid-back. Since then, I've never had any burning in my calf or pain in my hip. And I never did take any opiates. They gave me a muscle relaxant while I was in the hospital, and at times, Tylenol.

The recovery has been slow. I spent 3 weeks in a recliner and 6 weeks in a brace. When the brace was on I didn't do much at all. I didn't feel safe walking in the park because the brace limited my arm use for balance purposes. They told me no BLT (bending, lifting, twisting), no BLT, no BLT. No lifting more than 10 pounds. I tried to be faithful in doing that. I will push the doctor, but I do my best to follow their instructions. One of the things I said to Dr. Tempel before the surgery: "I will do only what you say. What I say to you is, don't make judgments based on my age."

I was very impressed with Dr. Temple from the first time I met him. He was very patient and had obviously reviewed my medical record before he saw me. He listened carefully to what I had to say about my problems associated with my back and their progression. He was also very supportive of my active lifestyle. He gave me permission to attempt to do things immediately after the surgery that others had not attempted, like sit up in bed and then stand totally independently the day of the surgery. I found it humorous when he did rounds after the surgery with his young son -- so cute. I have already highly recommended him to others who are considering back surgery.

Being a spine athlete: Three months after my surgeries, I am still healing but quite active. I am careful, but I use what I have. I live on the second floor, 18 steps up, and I have a beagle who wants to be outside as much as possible. We live very near a large park, and my wife and I go for long walks in the morning and late afternoon. We try to walk the trails. We saw four beaver on the ponds this morning. I'm careful when I walk. I'm not pushing it, not trying to go faster. But I feel that my speed of walking has increased. It is there. I'm hoping to be able to resume doing local 5K races. The marathon -- I'll say that flame is burned out. I don't plan on doing them again. But I did a 3K race 2 months after my surgery. I was very slow, but it had a big hill in it. And I did it, all 1.8 miles.

Post-operative X-rays show the extent of Bill's two-day surgery. Drs. Tempel and Kachmann straightened and stabilized Bill's spine from the pelvis to the mid-back. His excellent physical condition contributed to the surgeries' success.

Dr. Tempel describes Bill's case: Bill's spine contained more pathology than a room full of people his age put together. I was really amazed that he was getting around as well as he was when I first met him. His myelogram, MRI, and scoliosis X-rays demonstrated severe advanced degeneration of his entire lumbar spine with severe stenosis compressing his nerves as well as an unstable slippage (spondylolisthesis) at L4-5 combined with progressive kyphoscoliosis, causing his spine to be deformed and bent forward. Attacking this problem requires a complicated and tailored solution employing a variety of techniques to achieve the best possible clinical and radiographic result.

The biggest tool at our disposal, however, would be Bill's elite fitness, determination, and excellent bone quality. We utilized 2 powerful minimally invasive approaches during the first stage: ALIF and LLIF to use the degenerated disc spaces from L2-S1 as the avenue to rebuild and reconstruct his spine in a physiologic fashion, restoring the discs to their normal height while correcting the scoliosis.

We then obtained new X-rays and CT scans and took those back to the drawing board in order to fine-tune the plan for Stage 2. We were able to achieve many of the surgical goals during the first stage, as evidenced by the dramatic improvement in his symptoms. As a result, Dr. Kachmann and I were able to perform the 2nd stage of the operation with far less destruction of normal anatomy.

Fifteen to 20 years ago, this operation would have been performed entirely from the back, requiring significant cutting of bone with invasive osteotomies to essentially shorten the patient, which increases the surgical risk substantially, especially in someone over 70. The ALIF/LLIF approaches allow a more natural and powerful correction, while reducing the associated surgical morbidity. As an added plus, patients are frequently elated when they return to clinic and discover that they are an inch or two taller than before!

Another note: With the thoracic segments of the fusion, T9-12, we employed a novel technique that we developed using a combination of metal rods with different degrees of stiffness to provide more flexibility at the top and limited the stress on the adjacent segments.

Spine Athlete Story Disclaimer -"Bill's Story" is about one patient's health-care experience. Please bear in mind that because every patient is unique, individual patients may respond to treatment in different ways. Results are influenced by many factors and may vary from patient to patient. 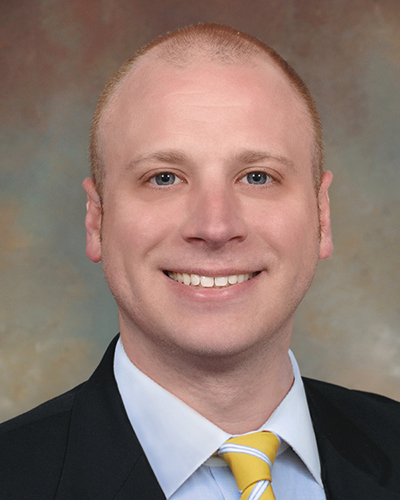 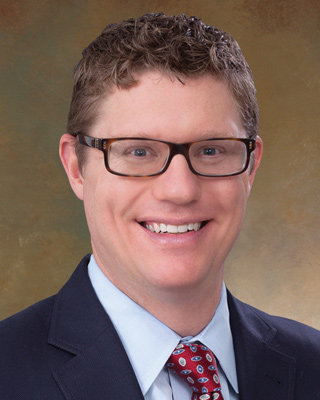